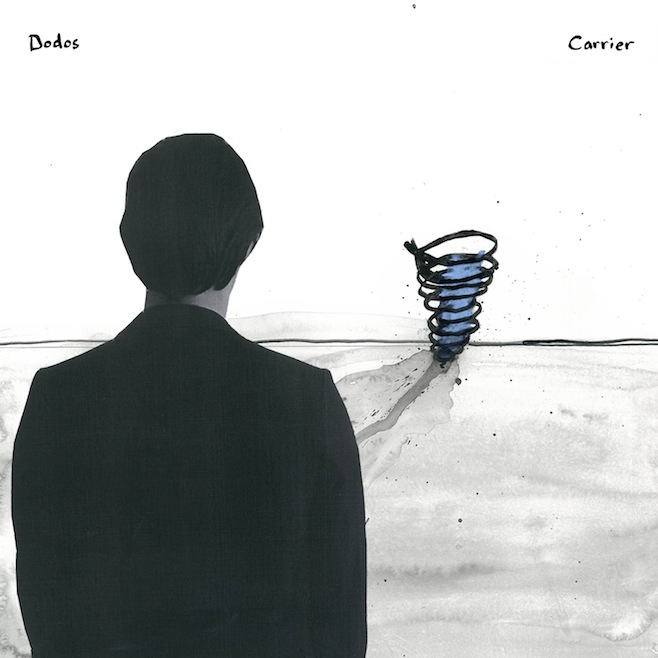 I have to admit that I have slightly mixed feelings about The Dodos. That said, I have bought every single one of their albums. The first time I heard their music — at the second Treasure Island Music Festival in 2008 — I had that rare and distinct feeling that I was witnessing something “new” which is always exciting. Meric Long’s kinetic strumming and fast fingerpicked arpeggios combined with Logan Kroeber’s syncopated and driving rhythms make for an exciting and unorthodox blend of music. However, something about Long’s voice, buried in his throat and a little warbly, seems a little contrived like he’s doing an impression or putting on a “voice” (though not nearly as bad as that dude from Beirut, whose voice makes this pacifist want to start cunt-punting). All things considered, they are still a great band and, and in my mind, Long is one of the few that are still carrying the torch for “guitar” music.

“Substance”, a sneak preview song premiere from their upcoming album Carrier, features a different shade of Long’s voice. It sounds like what I’m guessing might be his natural voice. There’s a slightly less polished youthfulness which reminds me a little of the first The Shins album (before The Shins sailed away to Suckville). Interesting because usually singers go the other direction towards more polish and stylized with each new album. I wonder if this was a conscious creative choice made by Long, or perhaps a suggestion from one of the Pellicci brothers — Jay or Ian — who co-produced Carrier. Interestingly, I have similar thoughts about Kroeber’s drumming on this track which sounds more like a traditional drum performance than I’ve heard from the band. Almost Bonham-esque.

Carrier will be in stores August 27th and is available by pre-order on 180 gram “Glacier Blue” vinyl from Polyvinyl Records.