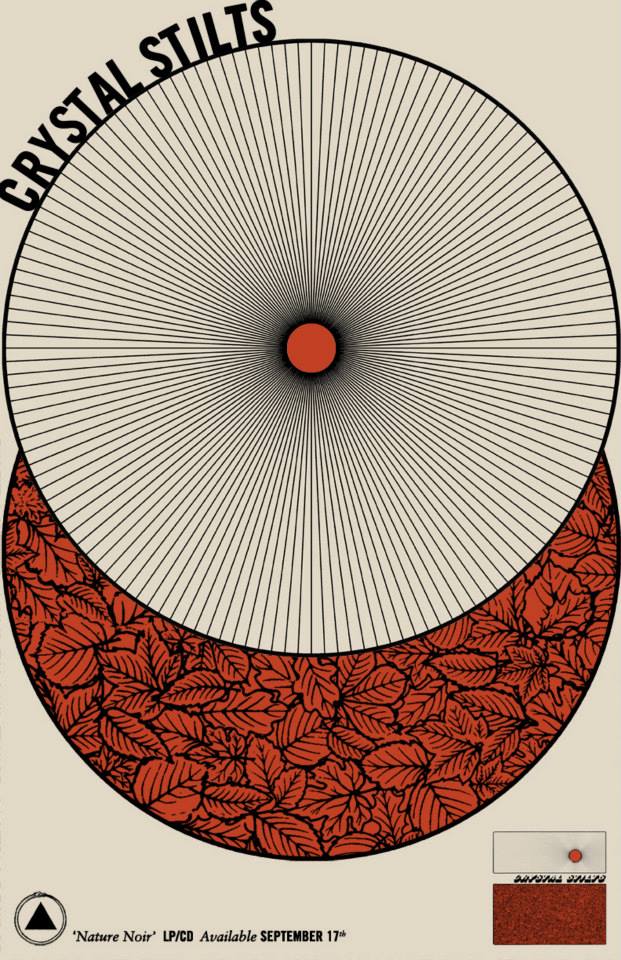 Brooklyn purveyors of cool, calm, and collected drone Crystal Stilts have announced that their new album, entitled Nature Noir, will hit the streets on September 17th.

I caught these guys at Rickshaw Stop a couple of years ago and they had some serious vibe going on with their blend of ’80s post punk meets late-’60s atmospheric psychedelia. Singer Brad Hargetts’ cool and intense baritone was matched by his magnetic presence on stage.

The new track, “Star Crawl”, stays true to form as it transports me immediately to an opium den in Saigon in 1968. Then, what? String section? Nice. Unlike some of their obvious influences, Crystal Stilts do not write songs that you’ll be singing around the campfire with your grandkids someday, but they really function deeply on an atmospheric vibe level. When I was at a party in my 20’s, I’d always start in the kitchen near the fridge, but by the end of the night I would inevitably be in the darkest, smokiest room with a band that sounds like Crystal Stilts playing on the stereo.