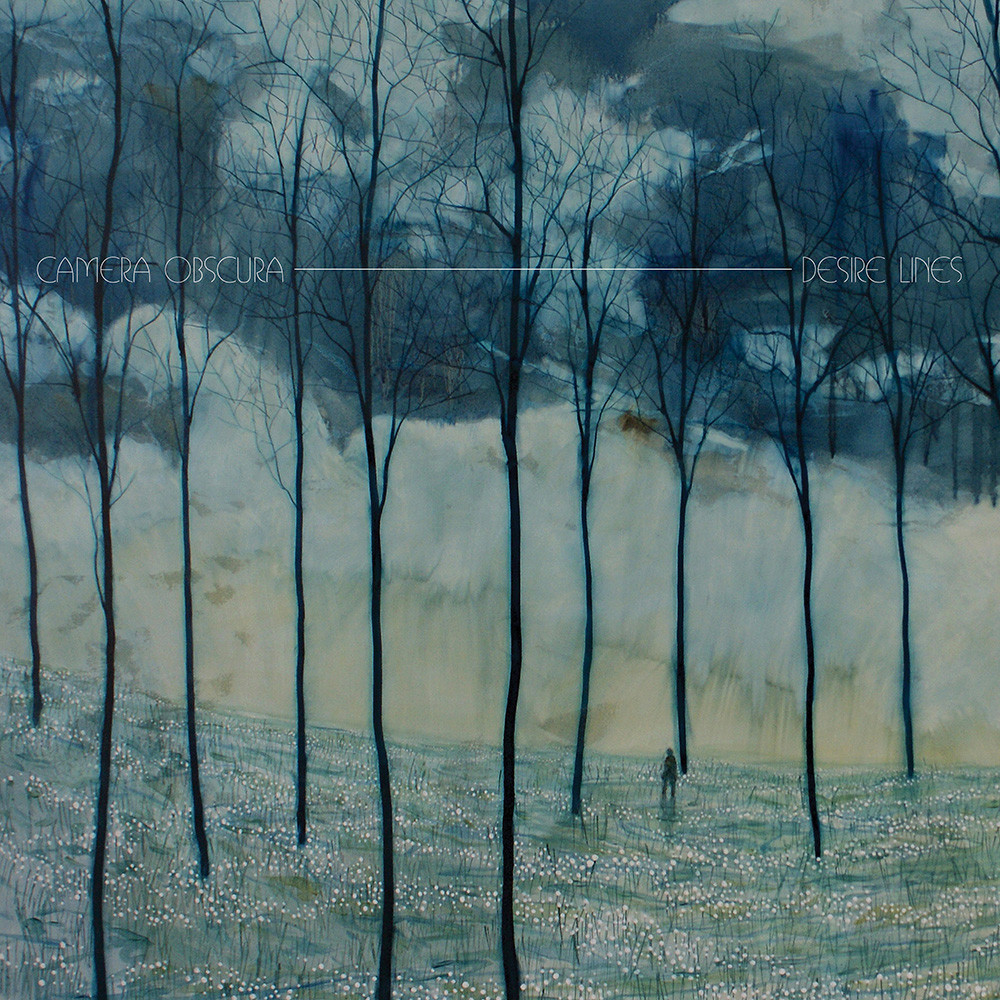 In addition to being a longtime Camera Obscura fan, I’ve been a 4AD nerd since I bought my first Cocteau Twins and Pale Saints cassettes in my early teens, so I have slightly mixed feelings. Though I love most of the moody hallmarks of a good 4AD record, I have to admit I’m missing the “classic twee” and some of the vulnerability in Tracyanne Campbell’s often faltering and charming pitchiness of their earlier works like Eighties Fan or their genius cover of ABBA’s Super Trouper.

Of course I don’t expect them frozen like fossils in amber. Artists evolve and people grow up. While 2009’s My Maudlin Career was certainly a sonic evolution for the band with it’s “bigger HiFi” sound, Camera Obscura’s Desire Lines really gets the full 4AD treatment on this glossy, synth-laden, ethereal set of love and heartbreak. It’s almost a new band, a more sophisticated and stylish band, but it’s a band I still like nonetheless. “To die in the arms of a twenty year old” from the track “William’s Heart” is one of the best lines I’ve heard in a while–it’s witty, yet heartfelt which has always been one of Cambell’s specialties.